The Story of the ORIGINAL NECK PILLOW 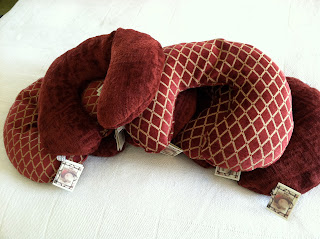 Please know, that when I say “ORIGINAL Neck Pillow,” I certainly have the truth to back up the story and not just with empty words. How many of you have a Therapeutic Neck Pillow at home? You probably purchased it at a fancy store or perhaps at the local Mall. I’m sure they are filled with “non-organic” herbs like Lavender, Rosemary, Peppermint with some rice and corn, and you probably proudly paid anywhere from $35 to $45. Out of respect for Dr. Martin Gondos, the original creator of the idea, I will tell you a brief story.
In 1944 in Budapest, Hungary a young, well known, and respected orthopedic surgeon by the name of Dr. Martin Gottesman was struggling with his family to survive the Hitler invasion. Unfortunately his dear father, Rabbi Gottesman, mother, and four of his brothers and sisters did not make it, as they were executed by German soldiers. Martin, another brother, and three of his sisters were captured and placed in concentration camps. Martin was able to escape to Czechoslovakia, where he continued his medical studies and changed his last name to Gondos Weiss. He struggled to help people who suffered from the scarceness of medications during World War II, which lead him to learn about the natural way of healing through local farmers and knowledgeable Gypsies.
One of his creations was an herbal gauze pack for pain, arthritis, headaches, etc. In his recipe he showed 31 herbs and spices with an explanation of each one. Unfortunately, with 45 years of being folded inside a medical book, some of the herbs were not very legible, so only 27 were transferred to today’s ORIGINAL NECK PILLOW, recreated in 1989, 2 years after Dr. Gondos passed on. One of his very big and important instructions was to avoid pesticides at all costs because if you breathe it in, it enters your system and will slowly poison you. The other instruction, depending on what his pack was being used for, was regarding the natural weight of the pillow which acts as a kind of a “Natural Acupressure.” On his notes, he insisted, to not use rice, corn or buckwheat. Instead he used a valuable spice that is able to hold moisture and fantastic benefits for years after.
With the help of my dear mother, we recreated this herbal pack. At first we struggled coming up with a shape that was permanent and comfortable. Mom was the one that came up with the U shape idea and made a pattern with a piece of Christmas wrapping paper, which, to this day, I still have in safe keeping along with Dr. Gondos’ 1944 original recipe.
Back in the late 80’s, I didn’t have a resource to purchase herbs in bulk, so my local supermarket was my most friendliest source and let me tell you, that I used to get the strangest looks from the cashier at the market when I would empty their shelves from most of their herbs and spices. That didn’t last long since it was costing me an average of $90 to make 2 pillows using only about 15 herbs and spices since the market didn’t carry everything I needed on the list. I was in the banking industry then and decided to take them to work with me so my friends could use them in case they had bad headaches or pain in their shoulders etc. The bank president had one attached to him 24/7. He claimed it was the only thing that helped him with his headaches and I was a miracle worker.
One of my dear friends and coworkers begged me for a pillow. She said it cleared her sinus allergies, headaches, and chronic shoulder pain. She gave me $100 for that pillow. “WOW, do I have something here?” I thought. I was just stoked about life. It didn’t take long for my disappointment to take place. My dear friend decided to retire from the banking business and told us she was moving out of Southern California due to a death in her immediate family.

Later on, I found out about her large inheritance that she had received from this family member. She wanted to double her profit, so she found nothing better to do than dismantle my neck pillow and try to copy my recipe. Of course, she had the $$'s to patent it, which unfortunately I didn’t (but I do have all the original proofs). Yes, she succeeded selling it all over the US, but was it anything like Dr. Gondos recipe? Absolutely “NOT.” Not even close. Turns out, she couldn't copy every herb and spice that was in it (only 6 or 7), nor did she know the secrets of the pillow.


I am so very glad that it backfired on her because KARMA is the name of this game and I am here to tell you that every pillow that I have ever made has been blessed with goodness for those using it with good intent, and for those with bad intent? What you seek in deceit, shall find your intent times three, blessed be. Someone asked me a couple of months ago “why is your pillow so expensive?” I dare you to get 4 to 5 lbs. of organic herbs and spices into one amazing healing toll like this one. And if you must know, my profit on these girls is less than $15, and that includes the material, which is definitely not cheap. So I hope you enjoy my little story, and thank you

Dr. Martin Gondos Weiss for you fantastic knowledge of Western/Conventional and Traditional/Alternative medicine. 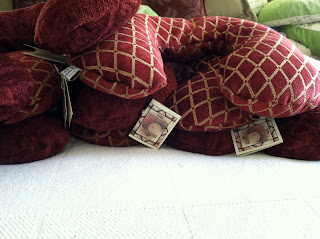 Posted by The Magick Wizard & The Wacky Broomstick at 9:41 PM